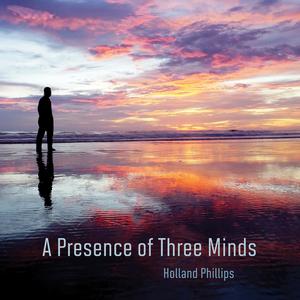 Classically trained with a degree in Music Composition, Holland focused his school time analyzing the classical masters, improving his piano skills, and focusing on music therapy studies and how sounds affect the human body.  He also learned learned to play many of the orchestral instruments so that he could better understand their characteristics.  After graduation he spent a number of years touring with southern and classic rock bands throughout the Midwest and Canada.  He uses those diverse roots to blend deep orchestration with pop/rock musical styles that range from soft and reflective to powerful and moving.  “I know that New Age is traditionally defined as consonant, harmonically pleasing music without a lot of movement or rhythm,” he says.  “I tend to define it more as a feeling you get rather than a particular sound you may hear, and my background affords me a pretty broad pallet of instruments and styles to choose from to achieve those feelings.”

Focusing on his music therapy training, Holland's  most recent albums have focused on creating  songs that resonate with the human body within in a popular, melodic format.  "If it's possible to align music with the natural vibrations that a person puts out, then it's also possible to create an environment that can help lead a person to their memories, to their creative center," Holland says.  That effort has  resulted in songs and melodies that mix New Age music with elements of ambient, contemporary instrumental and even light jazz, intertwined with beautiful melodies that are hard to forget.  Using everything from pianos and orchestral instruments to synthesizers and live instruments (as well as alternate tunings), Holland explores the ability of music to soothe the mind and body, and produces a unique and memorable musical style along the way.

An active ASCAP member, his work has been published for synchronization, and administered by Warner Bros./Chappel Music through DSM Producers in NYC, featured in Marathon Florida’s Reef Sweep underwater concert, and heard on Musical Starstreams, Hearts of Space, airline in-flight music programs, and hundreds of radio stations across the world.  His last three albums - Daydream Alley, Circles of 8 and most recently Under a Second Moon - have all hit the Top 10 on the ZMR and OWM Top 100 Radio airplay charts, with cuts from the albums in rotation on radio stations all over the world.

Holland has played in classic rock bands, southern rock bands, show bands, folk duos and more.  After tiring of the road, he turned his attention to the studio.  He's been there, off and on, ever since.

Leaning Toward Home was Produced by Holland Phillips and Ronnie Campbell.  Mastering by Joe Hight.  Album artwork by Tindal and Associates.  Promotions by RS Promotions US. 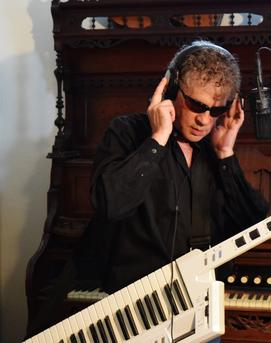 A Presence of Three Minds is heading toward consideration for  a 2019 Grammy nomination in the New Age category.  Below you will find his previous album in its entirety, videos and more information about Holland.  You can also hear all the tracks in higher quality by going to Soundcloud:

Holland Phillips has been playing music his entire life.  From guitar and piano at a very young age (his mother was a music teacher and  father a big  band afficianado) to a Music Composition degree,  it's always been about the music.