"Holland Phillips has created something special here; he has taken past, present and future and molded them all into one."

"Holland is a master at creating (or recreating, perhaps) music that will call back memories we think we've forgotten."

"I reaally like Daydream Alley.  Batting 1,000 percent with this one."

"Softly flowing tunes that are lyrical, melodius and enjoyable.  This is a great album for Sunday brunch, relaxing by the poolside or decompressing after work." 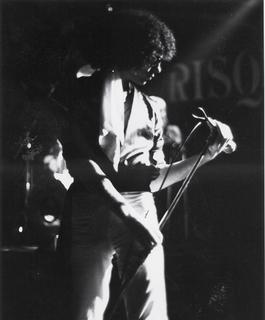 "The moods and approaches are many, which makes the album all the more successful." 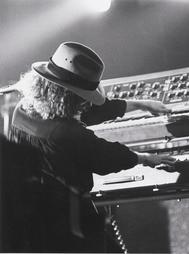 "One listen to this new album and you will be amazed by not only his versatility of styles, but his expertise in molding synthesizer sounds into a lovely and melodic cohesion."

With his background in prog rock and classical, Phillips has the skills to add commercial chops to his blend of multi-instrumental new age, to blunt the bleats of those who don't cotton to new age music because they feel it doesn't go anywhere, like the pop songs they are used to.  Not dumbing the genre down to reach farther into the masses, Phillips uses his skill to bring newbies into the tent and charm them with warm, fuzzy kind of familiar moves to disarm them and open their ears.  Another in a line of winning sets, this is a great audio oasis.

"Music which in many ways refuses to fit into any specific classification; perhaps this is the genius of the music and the man."

Introducing his latest album with a slightly eerie atmosphere sets the scene for what is to be another amazingly interesting journey with Holland Phillips, as he once again entrances and intrigues with his voluptuous range of melodies, blends and combination of instruments.

As the album moves over the 11 tracks there is a little something there for everyone, with at times music reminiscent of Vangelis, Sky and other pioneers of what is today known as ambient groove.  Phillips' skills on the keyboard and at the piano are enhanced with the addition of sax and guitar, allowing the music to wander around the edges of jazz, a little electro-pop, and simply piano before moving to another vibe.

many of the tracks have been enhanced by the richness of the orchestral backing, adding another layer to music which in many ways refuses to fit into any specific classification; perhaps this is the genius of the music and the man.

"Here is an album that has it all, keyboards, synths, and a stunning array of lead instruments from them all; it gives us one of those rare albums, dear readers, which is so addictive I have now played it three times back to back."

"Now skipping to the essence of the music, the question is, does it sound good and is it worth purchasing, or at least checking out?  The answer, in its simplest form, is yes."

"Another in a line of his winning sets, this is a great audio oasis."

"If you enjoy New Age music, but are just a bit tired of solo piano, world-flavored ditties or ambient drone, give this one a listen for something full-bodied and enjoyable." 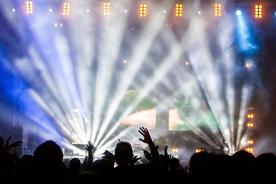 Multi-instrumentalist and synth keyboard wiz Holland Phillips returned in 2016 with his latest epic Circles of 8.  In the spirit of his earlier releases, Circles of 8 is filled with melodic and soaring instrumental music that combines symphonic sounds within the context of new age music.  A good example of Holland's remarkable music can be heard on track four, "The Journey" with its circular keyboard patterns and memorable approaches.  In addition to his keys and synths, Holland also adds in acoustic and electric guitars on several tracks here.  Also on board is the sax work of Paul Christensen.  all in all, Circles of 8 is a fine follow-up to Holland's acclaimed album Daydream Alley.

If you enjoy hearing a versatile synthesizer player at work, take a listen to the album Daydream Alley by Holland Phillips.  This keyboardist is known for his exquisite synthesizer playing and lovely melodies.  he uses the synth to sound like a synthesizer at times, but also piano, violin, a string section, bass drums oboe and more.  And his instrumental new age sound touches on other genres such as neo-classical, contemporary jazz and light progressive rock.

Even though Phillips creates all of the music on the new album using a wide array of keyboards and synthesizers, he realistically captures the sounds of many different band and orchestral instruments.  One way he does this is by learning to play the real instruments first so he knows the range, limitations and capabilities of each one.t his expertise in molding synthesized sounds into a lovely and

Soundmind Magazine - Flight of the Windmill

You ever get the feeling that when you put an album on for the first time, that once the music has started, you're in for a treat?  Right from the opening note, this one grabs the heart, mind and soul  The title track comes first, a piece reminiscent of some wonderful work of Chris Spheeris.  Atmospheric and melodic, it sets the scene admirably for the next ten tracks.  We should mention that the basis for this album is piano and synth, with sax in there for good measure and in the right dose.

The moods and approaches are many, which makes the album all the more successful.  For the most part there is calm, as on the delightful Land's End.  And on the impossibly dark Suspense, there is a whole album waiting to explode forth - a moodier and commanding style which bodes well for future releases.  The whole thing closes with another anthem, Nightsky.

This is in summary a very listenable album, great playing, great variation, and some melodies along the way that will leave you begging for more.  Fortunately, it doesn't really fit into any category other than good.

You won't find samples right now, as the album doesn't officially release until late August 2019...in the meantime, trust my ears when they tell you that Holland's synth work on pieces like "Finding Pixies" are absolutely magical, and full of power...the 4:25 piece will entice your ears and draw you into his musical spell.  I've no doubt!

The keyboard introduction to "Alone in the Crowd" will allow you to draw on memories of your own "alone time", and help you to revisit them with both sadness and joy...I can easily see this piece being nominated for an award (and WINNING).

Though the promo sheets describe this album as "New Age", Holland's high-talent skills take the music much farther than that.   Arendell Rising is a great example of the diversity Holland plays with...I just LOVE the synth washes on this creation...the recording is pure perfection!

For sheer power and elegance, it was easy to choose the 4:53 opener "From The Depths" as my personal favorite...this song will appeal to a broad spectrum of listeners, and I predict will recieve a LOT of airplay on stations around the globe...the arrangements are delicate and light (ethereal) yet full of the power of life and the living of it...a great piece of music.

Whether he is playing piano, synth sounding synthesizer, electronic piano, harpsichord or organ, Holland Phillips is a keyboardist to be reckoned with.  On his Circles of 8 album, he also uses the synthesizer to create all kinds of other instrumentation whether it is oboe, trumpet or cello.  he also plays a little guitar and brings in a real saxaphonist.  A longtime professional musician, Phillips has worked with classical orchestras in college, and played in folk groups, Broadway bands, rock'n'roll groups of all shapes and sizes.  Obviously this was a great training ground for the time when he started recording his own albums.

This is his fifth album and he is starting to make a name for himself in the new age music world.  His last album went Top 10 on the international new age chart and he gets airplay on hundreds of radio stations around the world.  His brand of instrumental music represents a classic new age sound because he balances acoustic instrumentation like piano, cello, trumpt, guitar, harspichord, sax strings and percusiion with the sound of a synthesizer sounding just like...a synthesizer.  Apparently he collects synthesizers, o;d and new, so that he has a wealth of sounds to play around with.  Sometimes a whole piece has a synth wash on it, while other times he has it gurgling and burbling under and around the piano; or he might just use synth sounds as a dib here and a dab there, little colorful highlights like Monet adding a few final brushstrokes to one of his lilypad canvases.

This recording is recommended for appreciative audiences of instrumental new age music who like thier music to have an emotional depth and resonances of life.

Here is an album that has it all, keyboards, synths and a stunning array of lead instrumentation from them all, it gives us one of those rare albums, dear readers, which is so addictive I have now played it three times back to back.

Holland Phillips has taken us back in his musical time machine to various eras along our journey, the opener employs a wistful violin to create the beginning foray, and it's called Etude in D Minor.  One can find elements of early New Age and a little neo-classical here, but a fine start indeed.

Now I warn you, this release has two tracks upon it that I personally rate as some of the best music I have heard for many years, more on those later....

Read the rest of this review at www.oneworldmusic.co.uk: