Named one of the Top 3 Electronic Albums of 2015

Daydream Alley, Holland's 4th album, was released on July 4th, 2015.  It reached  # 9 on the ZMR Top 100 Charts for radio airplay, ran on the Top 100 charts in Europe for 5 months, and was rated #55 out of 4000 New Age albums for 2015.  It is playing in Great Britain, Denmark, Australia, France, Russia, Spain, China, most of South America and across the United States, Canada and Mexico.  From beautiful to powerful, this album adds another dimension to instrumental music. 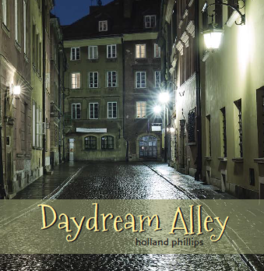 Want to listen while you check out the site?  Click on the music player to hear almost an hour of Holland's music, in no particular order, from a number of his albums, including his most recent,Under a Second Moon. 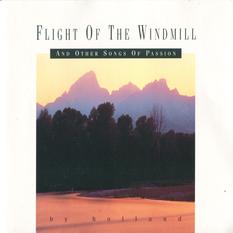 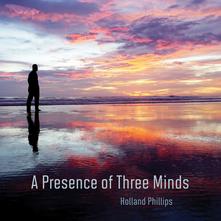 Holland's ninth album releases in late August, revealing a deeply moving and melodic collection of some of his best music to date.  With the use of guitars, flute, keyboards and pianos, Holland delves into the personal and private feelings associated with solitude and isolation, with moods varying from contemplation to hope and even love.   With the title and songs inspired by the times, this album is a personal musical journey you'll definitely want to experience.

Under a Second Moon was Holland Phillips' sixth release (2017), and showcases the artist's amazing ability to create haunting melodies and rich new age music where, as one reviewer put it,  " Each track seemingly blends into the next, gently beckoning your soul to participate in this atmosphere of sounds, textures and wonderlands of the mind."

Watch the first video from the album!

"“Once again a melodic New Age album that transcends borders, and takes you on a journey toward good feelings."

"Whoever those Three Minds of the title are, their presence has inspired one of the most compelling and dynamic instrumental recordings of the year." 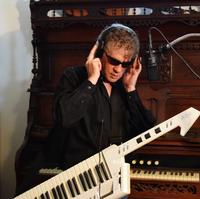 “Many of the tracks have been enhanced by the richness of the orchestral backing, adding another layer to music which in many ways refuses to fit into any specific classification; perhaps this is the genius of the music and the man.”

"“Phillips has delivered a melodic and highly optimistic release that deserves to be on several "Best of 2020" lists."

" Under a Second Moon is a tale, a place where anyone can escape to.      If it's fantasy or real, or just a space in time for you to recharge your      batteries, it is available through this music."

A Presence of Three Minds wowed reviewers and listeners alike, and ended up with being named Contemporary Instrumental Album of the Year for 2019 at One World Music in Europe.   Called "a thrilling musical journey by one of the finest artists on the New Age music scene today, this album is everything from soft and subtle to rhythmic and engaging. 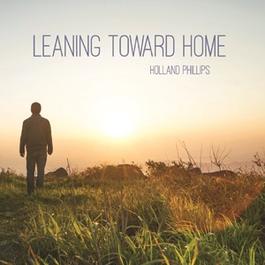 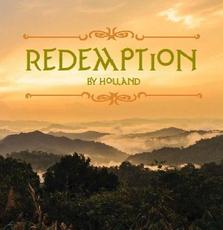 "The arrangements are delicate and light, yet are full of the power of life and the living of it...a great piece of music."

"A Presence of Three Minds" 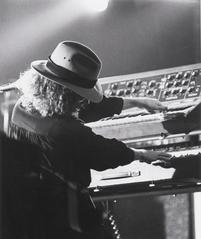 “Sweeping musical fusion colors the listener’s imagination about past and future possibilities, connecting a sense of wonder with dreams of boundless optimism.  Highly recommended.”
The Library CD Music Shelf

"There's something quite pleasant and rather magical going on here." 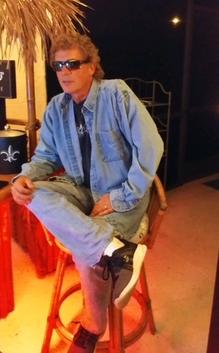 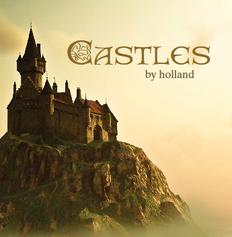 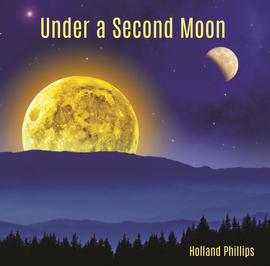 Named Track of the Year

Holland Phillips released Circles of 8 in August 2016.  His 5th, this album is slightly more introspective than his previous ones, focusing on the lush orchestration and the beautiful melodies he is known for.   Highly acclaimed by reviewers, it reached #6 on the Top 100 ZMR radio charts, and #8 on the OWM Radio music charts in Europe.  It was nominated for Contemporary Instrumental Album of the Year at One World Music Radio, and a track from it - Save The Dance - was named Track Of The Year.  Look for it online or in stores! 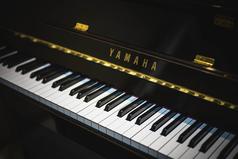 Leaning Toward Home, Holland's seventh release, hit the streets in September of 2018.  His most industrious and cohesive album to date, this one has eleven beautifully written tracks, full of the lush orchestration and haunting melodies that Holland has become famous for. Touted by reviewers as his best work to date and at #4 for two months on the Top 100 New Age radio charts in Europe,  this one is an album to remember.

Other Albums by Holland: 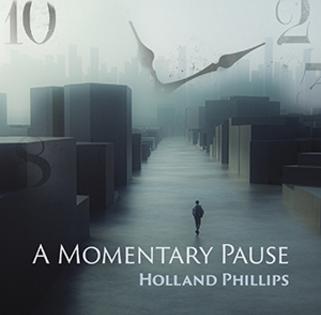 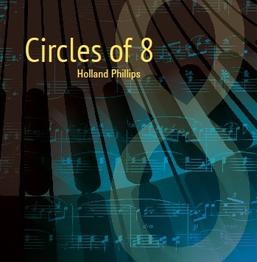 “Each track was a different shade or color, a variation of moods that danced with the music. It all made me feel invigorated, joyous and glad to be alive.”

“If you enjoy new age music, but are just a bit tired of solo piano, world-flavored ditties or ambient drone, give this one a listen for something full-bodied and enjoyable.”
Music Discussion

“Powered by themes you can touch emotionally, Phillips keeps the ideas flowing as easy as the melodies – kind of like the Mississippi without the pollution.  Tasty stuff for those looking to look a little within for a while.”
Midwest Record

"A classic piece of contemporary instrumental music that will raise the bar for all to come."